We are now down to just two weeks remaining in the regular season of the NFL and finally the playoff picture in both conferences is starting to clear a little. Even so in both the picture is extremely tight for those final few spots with 17 teams vying for just 12 spots in the post-season. In the NFC there are 2 teams confirmed, another three nearly there and then a further four with dreams and hopes just intact at this point. Let’s take a closer look at the various permutations that we have for the divisions, the byes, the #1 seed and the wildcards.

The Eagles and Vikings have both locked up their divisions and are also currently sat as the #1 & 2 seeds in the conference. If they both win out then they will lock up a bye with the Eagles taking home field advantage. However, the Eagles are playing with a back-up QB and have their division rivals the Dallas Cowboys, who are competing for a playoff spot themselves, coming to town. If Carson Wentz was the QB entering these last two weeks I would have no hesitation in calling the Eagles the favourites but with Nick Foles still adjusting to life in the offence nothing can be assumed. Philly have the tie break over the Vikings due to best record against common opponents so actually only need to beat the Raiders this week. That is something they should do but stranger things have happened and then suddenly the Eagles would have to take on Dallas knowing they need to win to be sure of their NFC #1 seed.

The Vikings should probably be focusing all of their attention behind them rather than on front. Right now they sit perilously only one game above the Rams, Saints and Panthers. The good news is they have the tie break over the Rams and Saints so they would need to finish with a worse record to drop behind them. The less good news is their loss to the Panthers means if they lose one and the Panthers win out then they will miss out on a bye week. That loss to the Panthers is also the reason they are behind the Eagles on a tie break making that loss seem really costly right now. Their final two games are @Packers and vs. Bears so I think they should be able to win at least one and rule out the Saints and Rams.

The race for the NFC West is as good as over. The Rams have a two game lead over the Seahawks and play the Titans and 49ers in their last two games. Based on what I saw last week they should win both of them but just one will give them the division. The Rams need the Vikings to lose twice to have any shot of a bye and the good news for the Rams is that the Vikings play two division rivals who want to let anything come easy. If the Vikings lose to the Packers this week and the Rams win then the Rams will likely go into their game against the 49ers in week 17 knowing whether they can get a bye or not.

The race for the NFC South is far from over. Right now we have the Saints and Panthers at 10-5 and the Falcons at 9-6. The Saints win the division if they win out as they have the tie break on the Panthers and the Panthers need to win out and hope the Saints lose one game. The falcons are the wildcards here as they play both of their division rivals knowing that the only way to win the division is to win both games. However, lose one or both and they could quickly find themselves missing out on the playoffs altogether. The good news for the Saints and Panthers is that both of them also get to play the Buccaneers and one win should be enough to at least secure their place in the playoffs via the wildcard spots.

The Lions, Seahawks and Cowboys are the remaining three teams in the hunt for the wildcard spot and all three needs to win out and hope for results to go their way if they are to have a chance to feature in the post-season. The situation with all three of these teams is complicated and involves a lot of what if scenarios which could all be irrelevant very quickly Sunday if they lose. Their only scenario right now is win this week and hope to keep themselves alive for one more week. The easiest scenario this week for all three of the teams looking in is that they don’t want to end the season tied with the Falcons for that final wildcard spot because all three of them have lost to the Falcons this season.

Whichever way these last two weeks go, it is sure to be a fun thrilled rollercoaster ride so buckle in and get ready for a fun end to one of the craziest NFL seasons yet.

This guest piece was written by Ben Rolfe. Ben is a New England Patriots fan and can be found on Twitter at @BenRolfe15. 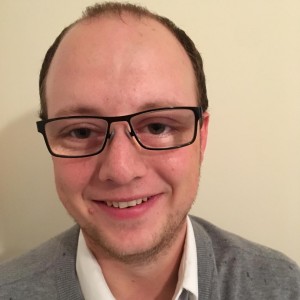 I have been writing about football for a little under 10 years, covering it from both a real and a fantasy point of view. I got drawn into the sport by the high flying, explosive 2007 Patriots team and have been a fan of the sport ever since. My favourite things to write about are film breakdowns and the business elements of NFL teams, such as salary cap and draft picks.