First of all, no one can say that New England Patriots are not the team to beat – as that would be a blatant lie, they always find a way to get that win.

Age is but a number for their quarterback Tom Brady, a superman if you will, but even Superman has a downfall with Kryptonite.

Time and time again the Patriots find the result they need. Dark magic may have been used in last year’s Superbowl win after they were down 28-3 to the Atlanta Falcons.

I believe the Space Jam cast came along and offered them the football with NFL players powers – this could be a plot possibility for Space Jam 2 right?

And while they remain the heavy favourites to win Superbowl 52 the others still in the hunt have produced some spectaculars this season.

However, New England, I feel, are one bad injury away from losing their sparkle. In October they traded Jimmy Garoppolo to the San Francisco 49ers.

Garoppolo represented both a credible backup and a possible long-term replacement but they traded him for a second-round pick.

Now I know you should never question Bill Belichick’s football genius but the 49ers completed the end of the season with seven wins with Garoppolo as starting QB.

Of course, if Brady does stay healthy – which I am sure he will – no one will question the decision. But Brady cannot continue forever and with the league short on QB’s, even geniuses can make mistakes.

So to my point as to why I want another team to win the Superbowl? Well, the Jacksonville Jaguars, Philadelphia Eagles and Minnesota Vikings have offered the neutral fans some sparkle.

The Vikings last minute win against the New Orleans Saints was well spectacular, exciting something I have not seen since The Seattle Seahawks won their first SuperBowl. Ok, maybe that one is just for me being a Hawks fan.

It is predictable to sit there and say yep another Patriots win a bit like Celtic in the Scottish Premiership.

At some point a team will work out how to beat New England in the play-offs, however, this depends on whether the team they play is good enough to take advantage of the Patriots when they have an off day.

If the Jags turn up like the did last weekend against the Pittsburgh Steelers I can see no reason why they couldn’t defeat New England – they have lost already earlier in the season.

Another thing people keep mentioning is we will all miss this NE team when it’s gone. I love that notion.

However, why do some fans excuse their cheating past? This team is the team, the one to beat, the one to admire and aspire too but they were caught cheating.

Of course, if you are a Patriot fair play to ignore the negatives but from an outsider perspective, it’s hard to forget it.

Personally, I think it would be great for an underdog, a team not expected to win, a team with a different flavour if you will, to win the Superbowl.

Will it happen? Possibly not but I believe it is time to see someone else take charge.

Love is blind as they say and my love for the sport will have hope another team can clinch it. 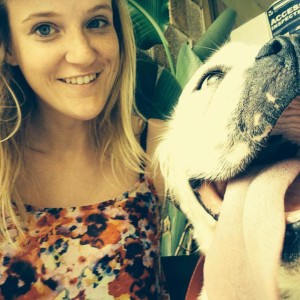